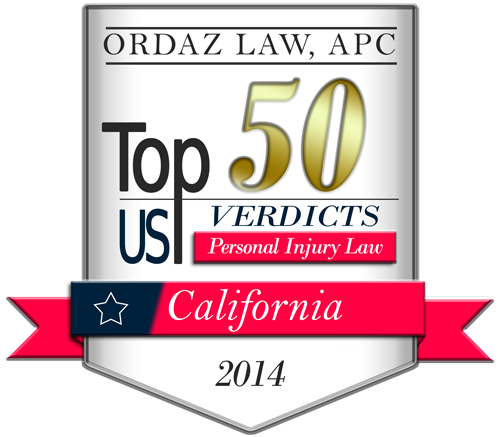 A statute of limitations (SOL) is a time period during which a person must file their lawsuit or risk forfeiting their legal rights forever. With exceptions, in California there is a general 2-year time period during which you may sue (or be sued) for personal injury damages such as those sustained in any personal injury action, car accident, slip and fall, dog bite, emotional distress and wrongful death.

Continue to read and learn more about California’s statute of limitations for personal injury actions.

We have recovered millions on behalf of accident injury victims.

California Code of Civil Procedure (CCP) sec. 335.1 strictly mandates a 2-year statute of limitations period for all personal injury or wrongful death actions. This means that a personal injury victim (or their heirs) must settle their claim or file a lawsuit during the initial 2-years from the date of their injury (or death).  If the injury claim is not settled or a lawsuit is filed during these initial 2-years, the victim (or the heirs) will likely lose all rights for injury compensation.

Example Scenario 1: On January 10, 2016, Becky, 18, was t-boned while driving her car down Main St. in Chula Vista. In the crash she sustained a displaced fractured in her left foot and other personal injuries. She also missed worked and incurred $24,000 in medical bills. Becky has until January 10, 2018 to settle her injury claim or file her lawsuit before she loses all rights for injury compensation.

Under CCP sec. 335.1 a cause of action for personal injury damages accrues and the statute of limitations begins to run when the victim has reason to know or suspect they are injured. In most injury cases it is fairly easy to known or suspect that you have been injured and the SOL begins on the date of the crash, fall, accident, incident, etc.  See Example Scenario 1 above.

Delayed Discovery:  Under the delayed discovery rule, an injury victim may allege and attempt to prove that they did not discover, and did not know of facts that would have caused them to know or suspect that they had been injured or harmed. If successful, the statute of limitations for the injury cause of action is tolled and the plaintiff will have 1-year from the date of the discovery of their injury to bring their lawsuit (if the 2-year SOL has already lapsed).

Example Scenario 1 (cont’d):  On January 10, 2016, Becky, 18, was t-boned, by a hit an run driver while driving her car down Main St. in Chula Vista. She does not know who hit her and it is now January 1, 2018. January 10, 2018 comes and goes and it is now February 1, 2018. Becky now finds out that Ron was the one that t-boned her. If Becky did not file suit before the 2-year SOL lapsed (on January 11, 2018) against a Doe Driver she will likely lose all rights for compensation when she attempts to sue Ron.  (The general rule in California has been that ignorance of the identity of the defendant is not essential to the claim and does not toll the statute. Bernson v. Browning-Ferris Industries (1994) 7 Cal. 4th 926, 932).

A tolling of the statute of limitations means that the SOL is suspended and does not begin to run until it is no longer suspended.

Minors:  CCP 352(a) tolls (suspends) the accrual of a personal injury action if at the time of the injury producing incident, victim was a minor.  If this is the case, the cause of action does not accrue until the injury victim turns 18. At that point the SOL begins to run and the injury victim will have 2-years from the date of their 18th birthday to settle or file their injury lawsuit.

Other instances wherein the SOL is tolled include the time during which an injury victim is deemed mentally incompetent, or is incarcerated.

California’s general 2-year statute of limitations does not apply to injury claims made against government or public entities such as the State, county, city, public or transportation agencies, or school districts.  The government injury claim process is distinctly different and requires that an administrative claim be submitted within 6-months of the injury producing incident regardless of any exception that may apply to the general SOL. This means that even a minor must submit their injury claim to and against the public entity within 6-months from the date of their injury. Learn More

Juan J. Ordaz Jr. provides candid, hardworking and personal legal representation to individuals seeking a personal injury lawyer in San Diego County.  We help victims suffering from a variety of injuries, who have sustained their injuries through different types of injury producing events.  We believe that it is a necessity to represent people who have sustained traumatic and debilitating injuries, and suffered ultimate losses.

Call (619) 550-3617 today so that we may schedule your free and discreet consultation with a premier San Diego personal injury lawyer.

We are for Justice no Matter Who it’s for or Against.

California Courts – The Judicial Branch of California – Statute of Limitations 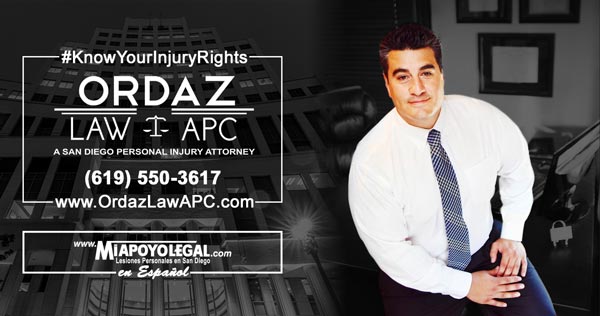 San Diego Personal injury lawyer Juan J. Ordaz Jr. began his legal career in 1998 as an investigator for the oldest personal injury law firm in San Diego. Upon graduating from law school, he was made a firm associate and began litigating …